Adelaide, 20 August 2020 – On hot summer days, asphalt roads contribute to heating cities and urban areas, known as the urban heat island effect. This can impact the comfort of those using the space such as pedestrians and cyclists. It can also impact retail trade for businesses near urban heat islands and increase energy and maintenance costs for surrounding buildings.

The project was delivered by Climate-KIC Australia in partnership with the City of Adelaide, the SA Department for Environment and Water, and supported by Fulton Hogan

The Cool Road Adelaide project is the first in Australia to capture both day and night time surface temperature data and provides evidence that cool road sealants can contribute to temperature reduction on the road surface during the day and into the evening after sunset. Cool road sealants should therefore be considered a tool for contributing to cooler urban landscapes. Combined with the cooling benefits of street trees, targeted irrigation, and other cooling strategies, cool roads would reduce heat generally and the most extreme urban heat temperatures during future heat waves.

Key findings from the study are; 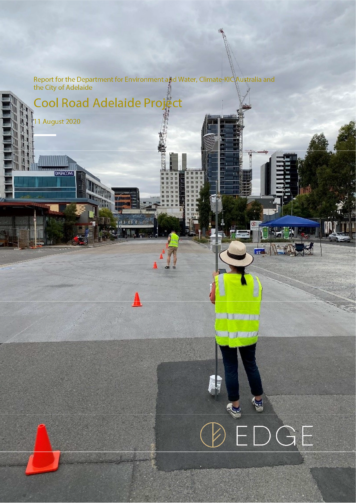