31 October 2022, Amsterdam – A Canberra-based cleantech start-up is set to take the global stage this week, as they compete against 15 of the top green start-ups from across the globe. Spark3D have developed a 3D printer that enables them to print fully functional electronics components, using less material input and producing less waste.

The competition, ClimateLaunchpad, is the world’s largest cleantech and green business ideas competition, spanning over 50 countries and involving over 1,900 start-ups this year. Spark3D entered the Australian chapter of the competition in April this year, and after completing the training and development component of the program, progressed through four rounds of competition before finally emerging as one of the top-16 globally.

Ben Wilkinson, Head of R&D at of Spark3D found that training and competing against other founders focused on climate change helped create a supportive and collaborative competitive environment. “The other founders I’ve met through [ClimateLaunchpad] have been the among the most passionate and mission driven of all. It feels very much like we are all on the same team, and are working towards a common goal, which is very refreshing.”

Spark3D competed in the Next Big Thing category during the international phases of the competition, described as “game-changing technologies with the potential to create massive impact on a global scale.”

With their success at the Global Grand Final semi-finals, they have secured themselves a spot in the coveted ClimateLaunchpad accelerator. Here, they will receive further training, mentorship and connections to help set up a sustainable and future-proof business company.

They will now compete for overall global victory, against start-ups representing seven cleantech themes, from 12 different countries, across four continents.

Climate-KIC Australia has run ClimateLaunchpad in Australia since 2017, but this is the first time that an Australian start-up has made the final stage of the competition. “Our Australian start-ups have always done really well at the Global Grand Finals,” said Belinda Whelan, Director of Strategic Projects at Climate-KIC Australia. “We’ve always had strong Australian performances at that stage of the competition, but this is the first time we’ve made it to the very last phase of the program.”

“It’s obviously really exciting that Spark3D have gotten through to the top 16, but I’m honestly not surprised at all,” said Whelan. “It’s not often that we see a truly innovative technology that has such a compelling business case alongside a really impactful climate case, and with really strong pitching skills. It really feels inevitable that they will be successful, not just in ClimateLaunchpad, but as one of Australia’s next big cleantech start-ups.”

The final round of the competition will take place this Thursday, November 3 at 12:30pm CET (10:30pm AEDT), and will be livestreamed for free via the global ClimateLaunchpad website.

Interviews with Spark3D and Climate-KIC Australia representatives can be arranged on request – please contact Jessica.

It’s obviously really exciting that Spark3D have gotten through to the top 16, but I’m honestly not surprised at all. It’s not often that we see a truly innovative technology that has such a compelling business case alongside a really impactful climate case, and with really strong pitching skills. It really feels inevitable that they will be successful, not just in ClimateLaunchpad, but as one of Australia’s next big cleantech start-ups.

ClimateLaunchpad is the world’s largest green business ideas competition. Its mission is to unlock the world’s cleantech potential to address climate change. A green future demands thousands of innovations challenging the current business models. The competition supports aspiring and promising cleantech entrepreneurs with training, coaching, and networking opportunities. ClimateLaunchpad operates on a global scale, currently in 59 countries. ClimateLaunchpad was established in 2014 and is part of the Entrepreneurship offerings of EIT Climate-KIC.

Since its start, ClimateLaunchpad has attracted almost 14,000 ideas that resulted in over 4,300 teams of entrepreneurs trained.

Climate-KIC Australia inspires and enables climate action by catalysing systems change. We work with our collaboration network, drawing on our Systems Innovation Framework, to accelerate Australia’s response to climate change.

We play an orchestrating role, often together with delivery partners, to develop and
deliver transformative systems innovation activities with diverse sets of stakeholders.

Climate-KIC Australia is an independent, not-for-profit organisation established in 2017. 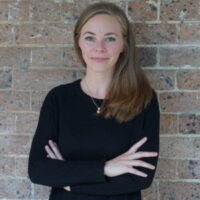 UpSol, Spark3D and Calyx have been named the best clean technology startups at the 2022 ClimateLaunchpad Australian Final.

Meet the next generation of Aussie startups taking on climate change

Six green start-ups have emerged victorious and made it through to the Australian National Final of ClimateLaunchpad, due to take place on September 9.

ClimateLaunchpad is looking for clean technology researchers with innovative ideas to translate their research into climate-focused businesses.

A Cleantech Start-up Using Consumer Power to Repair the Planet

Since being crowned the #1 cleantech startup in Australia at ClimateLaunchpad 2019, Greener have brought their idea to life.

For the first time, an Australian ClimateLaunchpad entry has made it through to the EIT Climate-KIC Accelerator, by winning the Southeast Asian final of the world’s biggest cleantech competition.