Adapting to climate change in Europe: Building a systemic and urgent vision

This article originally appeared on the EIT Climate-KIC website.

In the last few months, the school strikers for climate and activist movement such as Extinction Rebellion have catalysed public concern and media attention around the urgent challenge of climate change. This urgency is long overdue, and it represents welcome support for more progressive and radical action on climate change at all levels of policy and practice.

Narratives of adaptation and resilience have not so far been at the centre of these movements. The focus has largely been on mitigating climate change and preventing further escalation of risks and tipping points – understandably so given the growing public alarm at the consequences for people and planet. But there is a need for simultaneous change in the urgency and priority given to climate change adaptation.

Scientists and practitioners are gathering for the European Climate Change Adaptation conference (ECCA) in Lisbon on 28–31 May to share progress on adaptation across Europe. Member States, cities and regions are also appreciating the need to act and are developing adaptation plans and ‘declaring climate emergencies’ in ever greater numbers. But there remains a gap between the focus of the efforts and improvements – in specific areas of research, practice and policy – and the scale and nature of the challenge. Even with only limited further warming from now, the Intergovernmental Panel on Climate Change’s Special Report on 1.5°C shows us the potential for widespread disruption from climate impacts.

Drawing on our experience on these issues in the global South and innovation experiments in Europe, we argue the response to this challenge needs to be much more than a technical offer with single point or sectoral solutions. It needs to be joined up and systemic, and it needs to include a political offer of transformation at the centre.

Firstly, addressing climate risks and promoting resilience can come with significant co-benefits – for business creation and innovation, economic growth and job security, a healthy and life-enhancing environment for communities – and an opportunity for community renewal and a positively refreshed state-society relationships. To achieve this, researchers and policymakers need to go beyond considering climate change adaptation as being only a lack of climate information, or focusing only on discrete policies or sectors, or treating mitigation and adaptation as separate components. We need to situate these specific inputs – which are very much needed – within a systemic approach to adaptation, and one rooted in the day-to-day socio-economic concerns of European citizens.

An example from India shows how a labour guarantee scheme can be developed to build climate resilience and environmental public goods, integrating climate risks into a social instrument. Thinking about this in the European context would require us to open up how we think about the jobs agenda and lead research on the development of capacities and social welfare schemes. When advocates of the ‘Green New Deal’ in the US or Europe talk about providing a jobs guarantee where people could be paid to work on creating carbon and biodiversity-rich landscapes, it is helpful to be aware that similar ideas have already been tested (with considerable success) in practice.

There are lots of exciting local initiatives on adaptation in urban and rural areas across Europe. Our experience shows local adaptation action needs to connect across scales to tackle risks, with the principle of subsidiarity. This requires explicit consideration of how local action can be supported by actions at the regional and national scale to manage risk and change incentives. This needs better coordination and systemic analysis at each level, building shared objectives and accountability around who has the authority to act in each (interconnected) scale, with what implications.

Secondly, we need to combine the technical dimensions of resilience and adaptation with a compelling narrative based in public and political engagement, and the adaptation research community has an important role to play here.

Recent examples in Spain with the just transition deal for coal mining communities and the traction gained by the concept of the Green New Deal in the US show how this politics of transformation can gain momentum. At the same time, the protests of the ‘gilet jaunes’ in France, show the importance of approaches keeping socio-economic issues at the heart of the agenda. Recent months have also shown how high-ambition groups in Europe and beyond can quickly change the narrative and create the space for transformative action where it strikes a chord.

To take the steps needed for adaptation across Europe, we will need to make resilience and adaptation a core part of these urgency narratives. This will build the case for fast action on options that are aligned with the current policy direction as well as those that require a change in approach. For example, there are also limits to adaptation. Some communities will need support in redeploying to new sectors. This needs to be managed as part of an inclusive approach to resilience with support for communities living on the edge of climate impacts or living with the impacts of climate mitigation policies. All of this will require public commitment and buy-in to urgently adapt to the climate challenge.

The progress on research, tools and specific policy areas in the adaptation research community are all important parts of a societal response, but in themselves they are not sufficient. We need to make to make huge efforts to link our individual progress to look at whole systems, spillovers and the potential for maladaptation and perverse incentives in the gaps and overlaps of our work. Researchers can play a crucial role in transforming and catalysing ambition around adaptation in Europe if we all place the need for transformative public narratives and systemic approaches at the heart of our thinking and research. 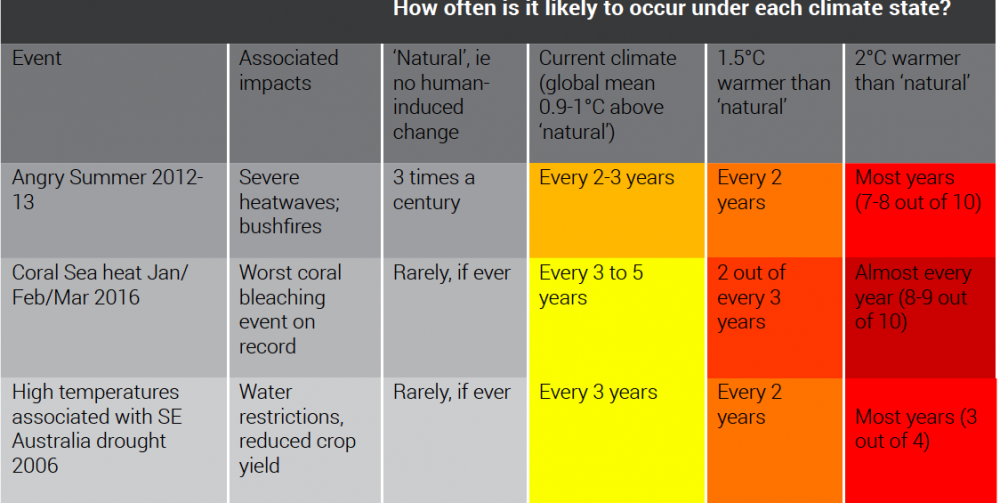 Australian FAQ on the IPCC’s Special Report on 1.5°C

Climate-KIC Australia, together with several other Australian not-for-profits, has published a guide to the landmark IPCC 1.5°C report to be published on October 8. 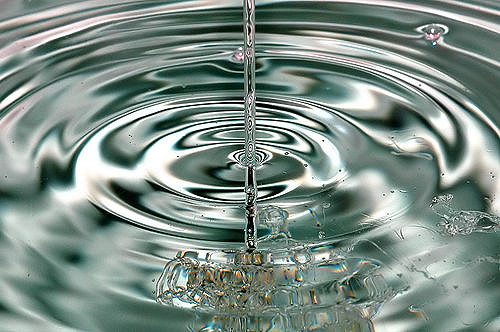 Creating ripples: How Climate-KIC Australia plans to increase the flow of sustainable investment in Australia

Article by Belinda Whelan, Director of Strategic Projects, Climate-KIC Australia Things do not change, we change! (Henry David Thoreau) Investment is being made across the innovation pipeline, but it is not at the scale required to shift our economy on a sustainable path. 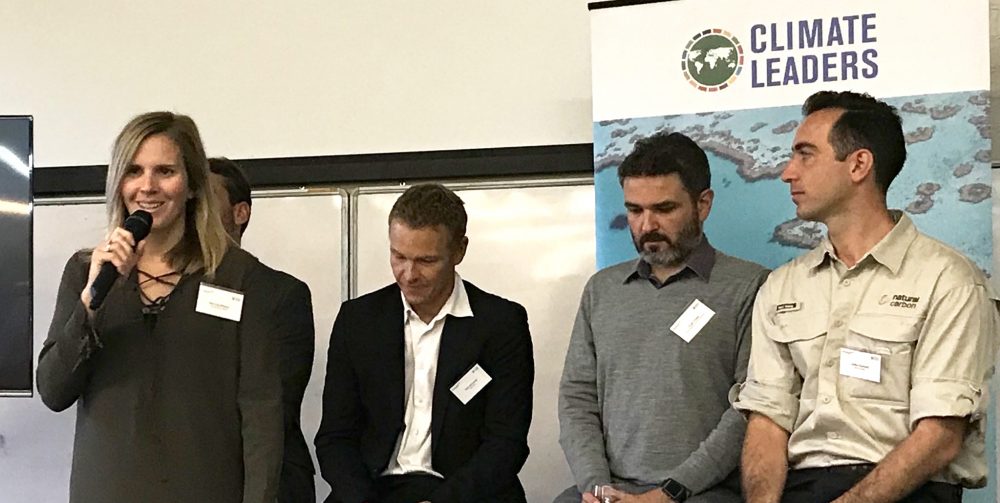 Climate-KIC Australia is bringing together experts in property development, energy-use monitoring technology, and environmental policy and research to build a business and lifestyle case for geothermal heat pumps, a heating and cooling technology that is sustainable, reliable and clean, for industry-wide deployment.